Bridge to Koh Samui can become a reality 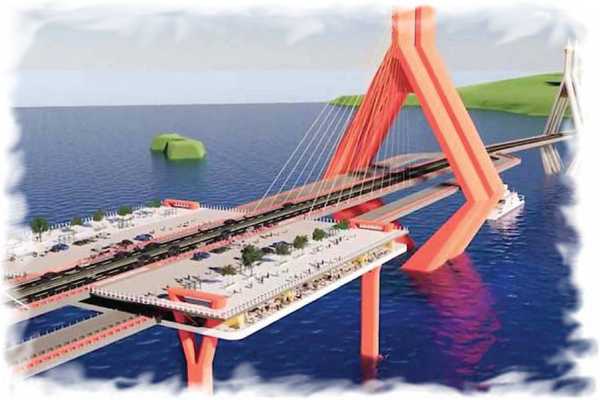 During the visit of the Minister of Tourism and Sports of Thailand to Koh Samui, the idea of ​​building a road bridge between the mainland and this island in the Gulf of Thailand was discussed. The Minister was shown the design of such a bridge that connects the Donsak pier area in the province of Surat Thani and the southern part of Koh Samui. According to the project, the bridge will be 18 kilometers long, and its construction will require about 30 billion Thai baht (or 1 billion USD at the current rate). This is a very significant investment, but the benefit of the entire province from connecting the island to the mainland can be very high.

About 2.5 million tourists visit Samui Island annually, of which 60% are foreigners. This is not a very big figure, because Phuket Island, which is comparable in size, annually receives more than 5 times more tourists. But it is tourists who bring more than 63% of all revenues of the province of Surat Thani, which includes the islands of Koh Samui, Koh Phangan and Koh Tao. Therefore, local authorities and representatives of the business community are interested in several times more tourists on the island. And the construction of a bridge that would connect Koh Samui to the mainland would make the island more popular.

The main problem that hinders the development of tourism on the island is the transport problem. Currently, Koh Samui piers receive ferries from several ferry companies and the number of daily ferries is not very large. And at night, you can get to the island only using a special boat. All this makes the path to Koh Samui more expensive and takes tourists too much time. Koh Samui has its own airport, but it is private. Therefore, the Bangkok Airways airline, which is the owner of the Koh Samui airport, has monopolized flights to the island and the cost of flights is very high.

The chief physician of the local island hospital also advocates the construction of a bridge between Koh Samui and the mainland. Currently, if necessary, to deliver the patient to the mainland, ferries to Koh Samui are used for emergency care. On average, 1 patient needs urgent delivery to the mainland daily. With the help of ferries, this is difficult to do and the transportation of each patient takes several additional hours. And at night, due to strong waves in the Gulf of Thailand, such transportation may not be possible at all. When using a conventional road bridge, the delivery time of patients to the mainland would be only 15-20 minutes. 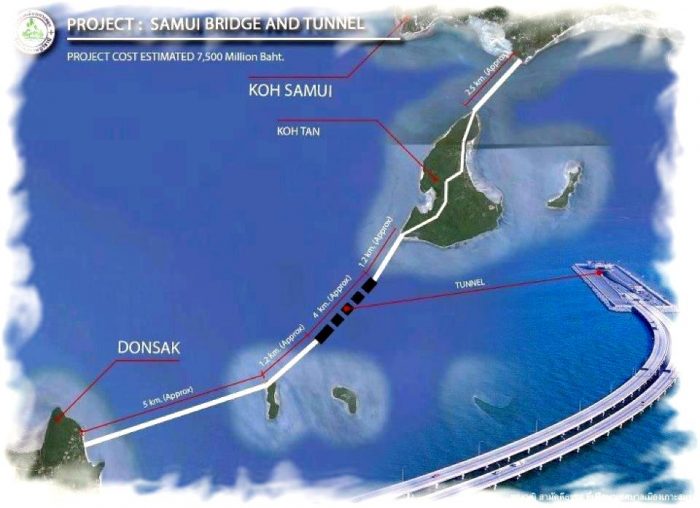 Bridge to Koh Samui – project of 2012 with tunnel

Currently, the Ministry of Tourism and Sports does not give official comments on the possible construction of a bridge on Koh Samui. The issue will be thoroughly and comprehensively considered in the coming months, and only after that the more reliable information will become known to the press. At the same time, the implementation of such a large project in any case will take at least several years. This means that we can get from Koh Samui to Krabi or get from Phuket to Koh Samui as before – using ferries. Have a nice rest!